Buenos Aires was hot all day and every day and it was a perfect place for a bit of chilling, reminiscing and future planning. This time was also used to catch up with some of my friends and also to organise a job and a place to live in London on my return. 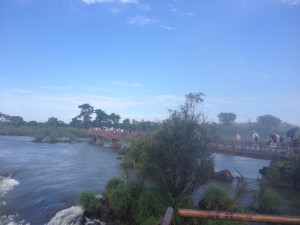 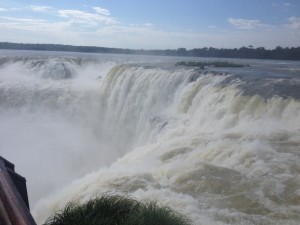 There was one more thing to do before my return: Iguazu falls. The bus from Buenos Aires to Puerto Iguazu was about 17 hours but was comfortable enough. I spent a full day each on the Argentinian and Brazilian side. This falls was beyond anything I have seen in the past. The river looked calm and tranquil. However, when it dropped over the 80 metres cliff, the roar and thunder was majestic. The river spreads itself out over 1.2 kms before dropping over the cliff. The wall of water was a spectacular site. Visitors were taken closer to the falls by the walk ways that were constructed over some parts of the river and also some sections went right on top of the falls. It was an amazing experience to watch some of the water falls from standing on top of it. Also a short boat ride at touristy price was worth it since it gave the view of the falls from the front and on top of it the boat drivers went right up close to the falls to make it worth. With the weather at 30 plus degree C no one complained about getting wet here. 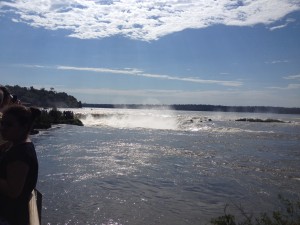 The river before the drop 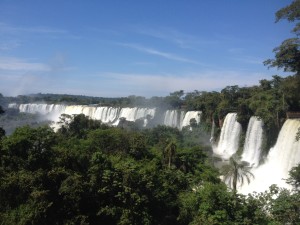 A long wall of water! 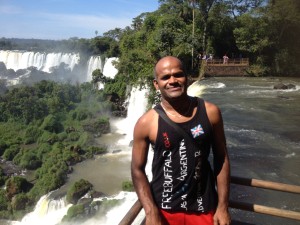 On the upper trail 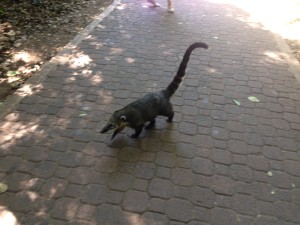 To transport both bike and the trailer back to London would be complicated. Luckily an eager Argentinian guy bought the trailer off from me.

Specialized road bike was a reliable partner for the whole trip in spite of being 7 years old so I was not willing to sell it. However, to transport it back the airline wanted about 200 Euros about half the price of the ticket itself. I hatched a plan to beat the airlines by its own rules. The bicycle was broken into its barebones and the frame fitted the size of the bag that was permitted by the airline as regular luggage. Fantastic. Although, the wheels had to be bagged separately I was allowed to carry two bags and yet i was well within my weight limit. Overall I managed to fly the bicycle back to London from Rio de Janeiro at no extra cost although it took a lot of planning and shopping around for decent bags. The ones I found were not the typical ones seen on baggage carousels in the airports. In addition it did not have wheels, the awkward size bag was best carried on top of my head like a coolie in India during ancient times. This caught the attention of several people  during transfers in Iguazu and in the city of London, but it is for them to judge and for me to ignore. Me and my bicycle returned to London safely. 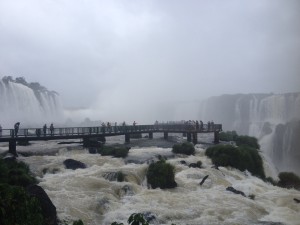 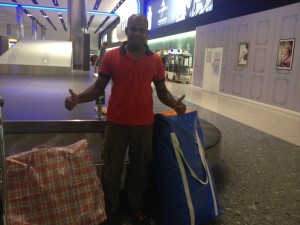 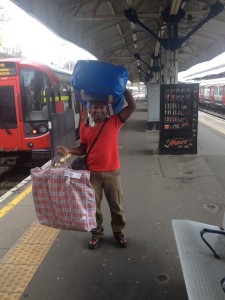 It is hard to believe what had happened in the last 21 months, feels like a blink of an eye and I am still struggling to get over the fact that it’s over. Time is the best healer. Adventure spirit never goes away though perhaps some microadventures over school holidays are most likely for the time being. With regards to dreams I really want to get my book written-up!