I stayed for two more days in Oaxaca city to wait for Eugene’s arrival, whom I cycled with previously in Baja California two months ago. I felt home at Zoe’s place(my Warmshowers host in Oaxaca) so it was not difficult to spend more time in Oaxaca. From Oaxaca City we cycled approximately 525 Km’s to reach San Cristobal de Las Casas in the state of Chipas. It was a delight to ride with no punctures for the whole 7 days, although my seat post rack which was holding my trunk bag, cracked at its neck and broke into two pieces. Luckily, I found a car mechanic who was able to weld the pieces and it seems to hold together so far. 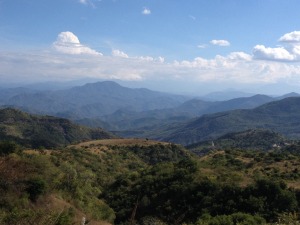 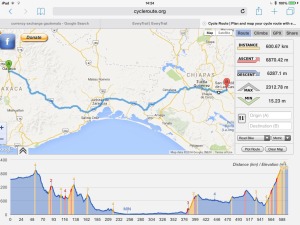 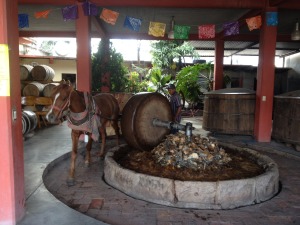 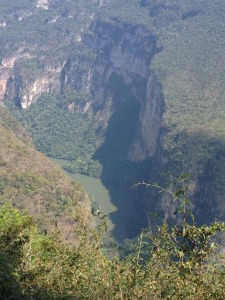 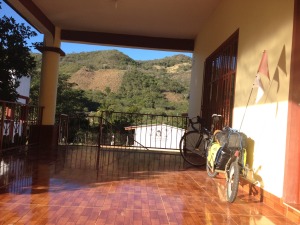 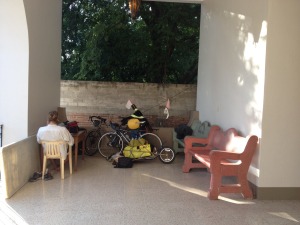 Oaxaca and Chiapas are known for its mountains and the presence of strong indigenous population. Some of the big climbs and drops seen in the elevation profile for the route between Oaxaca and San Cristobal de Las Casas masks the smaller climbs but my legs does not fail to notice any small climbs. Some days the total ascent were more than 1500 metres and especially the elevation profile graph for the climb from Tuxtla to San Cristobal (400 metres to 2200 metres) is spectacular on paper. A total of 45 km’s of relentless climb which we managed to tackle over a 5 hours period. 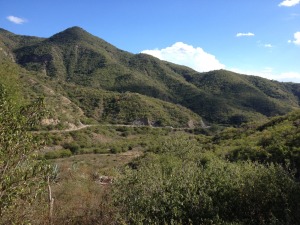 Some more mountains of Oaxaca 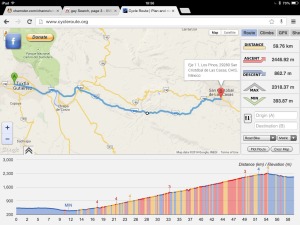 We were warned about the strong winds near La Ventosa. But we could not resist taking on this challenge. We managed to cycle for about 18 kms, but the wind kept pushing us out of the road, it was coming from 90 degrees angle. It was impossible to ride, so we had to catch a ride to the nearby town Juchitan from where we took to a bus to Santa Domingo Zanatepec. Perhaps the plethora of wind turbines in this area says something. Motor vehicles with trailers are not allowed in this road due to the danger of them getting over turned by heavy wind.

In Tuxtla, we met Roberto through my school contacts Paola and Margarita. Roberto was happy to host us in his Casa Ciclista which was going to be officially open in two weeks time. He was very pleased to have some cyclists in advance. The main attraction in Tuxtla was the Canon del Sumidero, the canyon with its 800 metres walls was majestic. After leaving Tuxtla we cycled to San Cristobal where Roberto’s friend Konny met us and offered four days hotel accommodation el gratis (free). We were delighted by this irresistible offer. 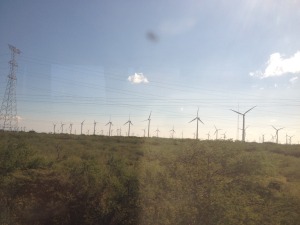 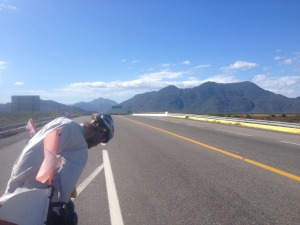 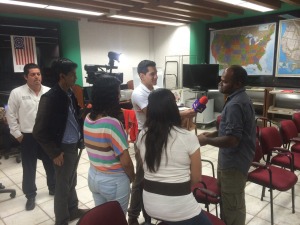 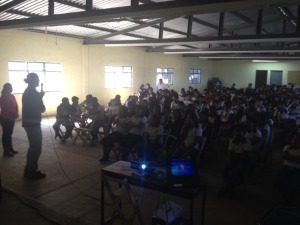 Eugene at the school in San Juan Cancuc

In Tuxtla, Paola and Edrei had organised a talk at the public library where I was interviewed by three different television channels. It was a pleasant surprised to be greeted by some strangers in San Cristobal who had seen my interview.

In San Cristobal de Las Casas, Eugene and I went to two different schools where we spoke about our bicycle trip to the high school students. In San Juan Cancuc, we spoke at the school, Escuela Secundaria Tecnica No. 77 San Juan Cancuc, where Paola taught English. This school was mainly attended by native students whose first language is Tseltal. Paola translated my speech for them. This school was about 90 minutes drive from the city, nested in the mountains. It was an excellent drive with stunning views. The roads were so windy that I threw-up on both my way up and return journey, perhaps I should have cycled instead of taking a car.

Marissaz organised the second school, where she taught English, called Sentimientos de la Nacion, in the city of San Cristobal de Las Casas an evening school for students of age group 12 to 15 who work during day-time. The students here were very excited to see us. We spent almost four hours in the school, even though our talk only lasted 90 minutes. The news of our visit spread and most of the students in the school wanted to talk to us. It was a great pleasure to answer their questions.

We both were extremely pleased by the reception we had in both the schools. 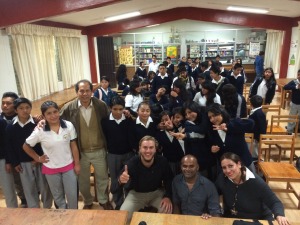 I wish to thank Paola, Edrei, Margarita, Roberto, Marissaz, Tuxtla en Bici, Insolente San Cristobal de Las Casas and Konny for the kindness they showed us over the last few days here in Chiapas. These were some of the best days in my trip. 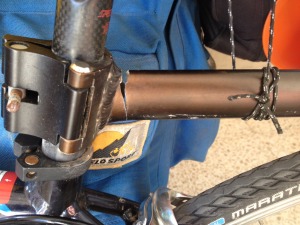