Eugene and I took the first available ferry after the Hurricane from La Paz and came to Mazatlan on the Friday, 26th September. Eugene wanted to take a break from cycling and decided to stop at Mazatlan for a month. It was great to have his company; all the daily chores such as finding a place to sleep, cooking was a lot easier and also it was great to have someone just to talk to at the end of a long day. On the other hand, I am learning spanish lot faster in his absence. Eugene and I got along very well and had a great time and we hope to cycle together at some point in future. After saying adios to Eugene I went to find a place to sleep in Mazatlan where I stayed just one night and then continued towards Guadalajara. 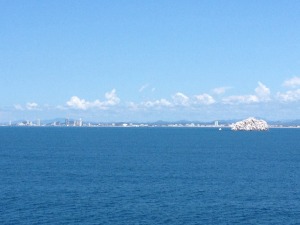 view of Mazatlan from the ferry

Some statistics: I cycled a total of approximately 360 Kms after leaving La Paz to arrive in Guadalajara, the second biggest city in Mexico. The first day was 70 kms to El Rosario, followed by 90 to Acaponeta, 75 to Ruiz, 70 to Tepic and 77 (+125 in an autobus!) to Guadalajara. I stayed at the church in El Rosario and Acaponeta and in a cheaper hotel in Ruiz. In Tepic I stayed for two nights with Gabriela, a Warmshowers host, who fed me like my mother would! 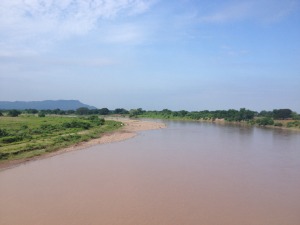 How nice to see water after being in Baja!

There were no big hills for the first three days. but the scenery changed; shrubs became trees, rivers were full, hills became mountains, temperature started to decrease and everything was green – I was getting into more tropical landscape. Tepic was at an altitude of 900m

etres approximately, I was hoping for an alpine style climb. I was a bit disappointed when the climb to Tepic was an epic 30 Kms of gradual climb with no switchbacks. However, I was pleased that I was able to do this ascent sitting on the saddle even though I took three and half hours for the last 32 Kms. 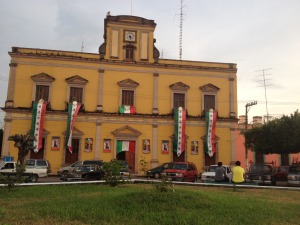 The highways and most of the roads were good, at least so far, except in town centres and big cities. My bike was doing good expect for a puncture on my trailer wheel just 20 Kms out of Mazatlan, that too three punctures on the same tube – how did that happen?

On leaving Tepic, after about 25 Kms, one of my rear wheel spokes snapped. Guadalajara was only two days away so I ignored this and carried on. I did the biggest climb of the day including a brilliant 10kms downhill ride and stopped for a well earned snack break after about 77 Kms. I heard a big bang and my bike was on its belly; parking my bike with the kickstand is more an art than the science of balancing. I did not know that the rear derailleur hanger had cracked and when I started pedalling again, the derailleur got bent and caught the spokes. My bike won’t move – serious damage. I got off the bike, loosened the derailleur and decided to push my bike to the next town. Pushing the bike felt harder than normal. My rear wheel got buckled and the tyre was rubbing against the frame. Oh dear, time to see a bike doctor definitely. My attempts to hitch hike was futile because I was on the side of highway without much room for anyone to stop. I decided to push my bike for 2 Kms until the town of Ixtlan del rio where a police patrol vehicle offered to lift me and my bike to the nearest bus station. What followed was the easiest 125 Kms travel to Guadalajara.

There is no better place than to arrive at the Casa de Ciclistas (CC) in Guadalajara, with a broken bike. The love and care for both me and my bike was unparalleled. CC is a non-profit organisation run by volunteers which includes a bike workshop and a place for bike tourists to crash. It’s also a hangout area for the local cyclists. On my arrival it was time to spice up the CC. I made some vegetable curry and rice one day. To my delight and surprise many of them ate the curry and rice with their fingers, the traditional way to eat in India. I met Bernado and Magui whose collection of spices in their kitchen would put some modern tamil families to shame. Bernardo is an excellent bike mechanic and so we had something to trade. He fixed my bike and I made some curry for them; Magui would not let me out of the house without writing out the recipe for the curries I made. 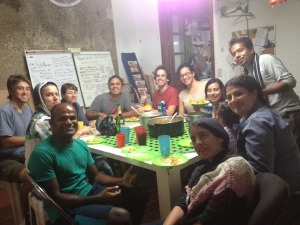 The happy family at the Casa de Ciclistas, Guadalajara 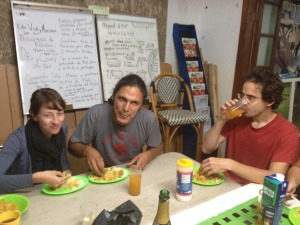 they know how to eat it 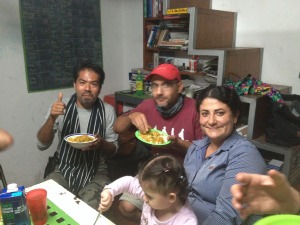 I also had an opportunity to meet some expats here, Miss K was one of them who teaches in a local school. I am grateful to Miss K for organising a visit to her school. I spent a full day at her school; Colegio Mexico Irlandes. I spoke to  five  different classes about my bike  trip (motivational speech?) and also careers in Chemical Engineering. It was great fun sharing some of my experience with them. I think the feedback I received from Miss K the next day summarises it all: ”you were great, the kids couldn’t stop talking about how cool you are”. One of the pupils said to me ‘I would like to do a similar trip but by walk’. It felt so good to hear this. I liked how they pronounced my name Baalaaa, and they would not stop wishing me good luck until I left the school gate. It was good to be back at a school! 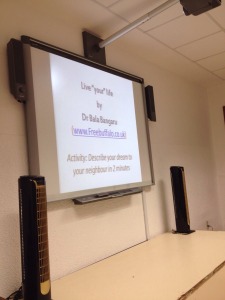 Title of my talk at the Colegio Mexico Irlandes in Guadalajara

My interview by the Norwegian travel TV is out now and can be found on this link: http://www.vgtv.no/#!/video/101384/best-og-verst-fra-hollywood-episode-43. My segment appears around 5 minutes. I would like to thank Andreas (http://instagram.com/ilebek_ ) and Merete for this opportunity and also giving me permission to post this link here.

The kindness of strangers continues. The owner of the Hotel San Mario in Mazatlan was happy to hear my travel story and offered to stay there for free, a nice air conditioned room with TV. While I was on the highway, after Tepic, a Mexican family of four stopped and were taking pictures. When I got closer to them, they stopped me to ask for my trip details. Some more photoshoot followed and they gave me 50 pesos, a can of lovely, ice cold chocolate drink and some aqua – The carreterra (freeway) is full of surprises. The excitement I notice in the eyes of some of these people will keep me going.

I got my bike fixed here and have also made a ton of friends here in Guadalajara, almost everyone says I am welcome back here anytime. I don’t know when I will be able to take up that offer, for now, the road is calling… 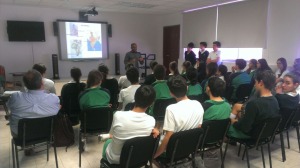 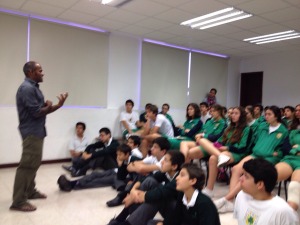 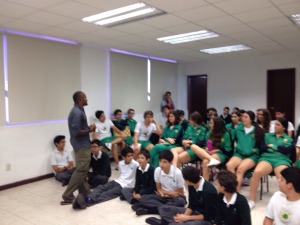