This would be the last big pass in this trip about 3200m high. I will be going over some passes further south but none of them above 1500m.

Leaving Mendoza was straightforward I just had to head towards the mountain. The highway was pretty busy and after the turn off the road became narrow with just two lanes and the white paint was right at the edge of the road. At one point a truck crossed me too close almost airtight. Never in this trip I had such a close encounter; all I could do was finger gesture hoping the driver noticed my greeting in his rear view mirror. But the traffic died when I got closer to the mountains. 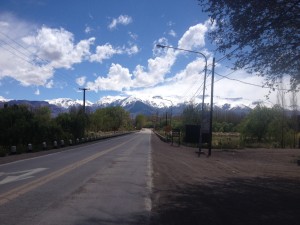 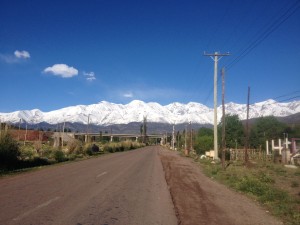 The mountains were covered in snow courtesy of the wet weather the previous few days. I was planning to do this pass over three days but extended it by one more day. It was simply too pretty to not spend more days here and also there were plenty of beautiful campsites. The Argentinians were quite organised when it came to holiday places. The first day I camped in a place called Potrerillos and the second day was at Uspallata, a popular ski place, where there was another wooded campsite with the view of snow covered mountains all around. From Uspallata to Puenta del Inca at 2800m was about 70 kms and a decent climb. The wind was ferocious but the views made up for it. By the time I arrived I was engulfed in a passing storm although it did not deter me from camping. I had been here before during my previous visit to climb Aconcagua a legendary tall mountain about 6986m high. I never thought I would be returning here on my bicycle. Just over two kms from Punta del Inca was the Aconcagua park entry from where the climb to Aconcagua begins. A short video of riding my bike with Aconcagua as the backdrop was irresistible although it sounded a bit cheesy. The next 12 kms to the tunnel at the top of the pass was again a bit of a climb and the snow was right on the side of the road at touching distance all the way. It felt like an alpine ride in winter. Some of the most joyous and satisfying moments were to be had over these four days. Another dream became reality and the happiness/satisfaction that resulted was immeasurable. 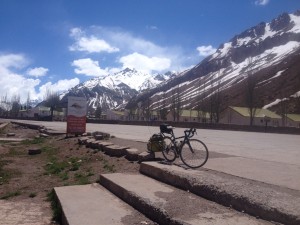 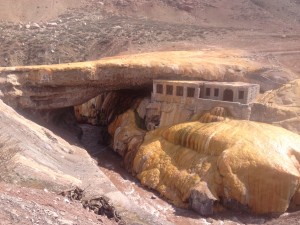 Cyclists are not allowed in the tunnel that separates Argentina and Chile, at the top of this pass but the company that manages this tunnel ferries the cyclist across at no extra cost. On the other side of the tunnel was the Chilean immigration which I found super-efficient considering the amount of people using this road. The next 60 kms was descent all the way including a spectacular sight of 25 numbered hair-pin bends that was more like a neatly laid out sphagetti. It was an awesome sight so much so that even trukkers stopped to take photos. I descended into Los Andes where I stayed at the Bomberos (fire station). From Los Andes it was a 70 kms ride into Santiago. 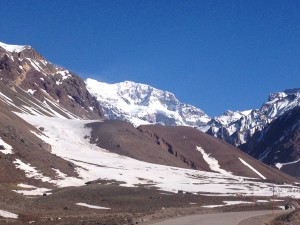 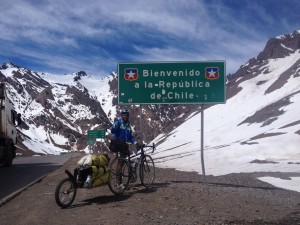 A bit chilly welcome into Chile 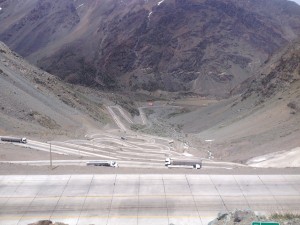 Descending via some sphagetti roads 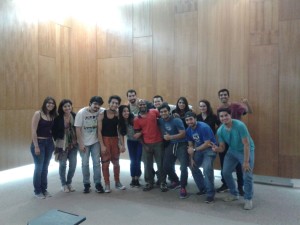 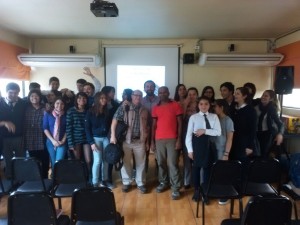 I would like to thank Sebastian for his time. It was great to meet him and some of his friends. I felt like I have made some good friends and also know Santiago. My host in Santiago where I have been staying for the last two weeks, Carlos whom I met through airbnb is another friendly soul. He is planning for a bicycle trip around the world and has been buying gear over the last two weeks. I share his excitement and wish him well. 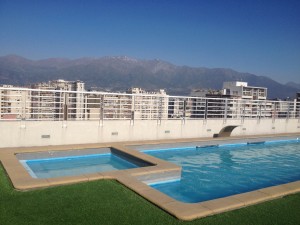