After a brief period of lull it was time to revive the cycle touring spirit albeit with a short tour, a very short one, compared to the previous journey.

The criteria to select the place was warm weather and a place where I have never been. Cuba met this criteria and more – this country is well known among cycle tourists for its traffic free roads. Off I went packing my bicycle; this time a trailer was not needed just a small daypack that sat on my shoulders was sufficient. 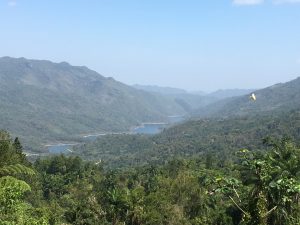 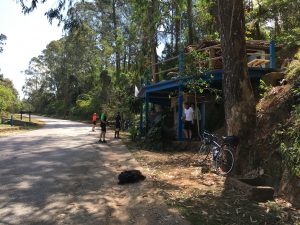 Some brief respite from the Sun 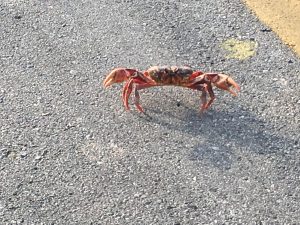 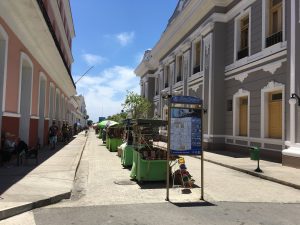 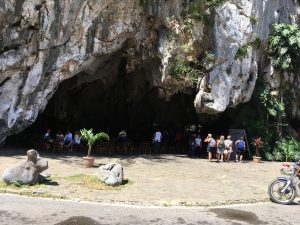 One of the caves near Vinales which the revolutionaries used, to hide away 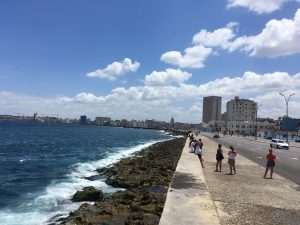 The coast line of Havana 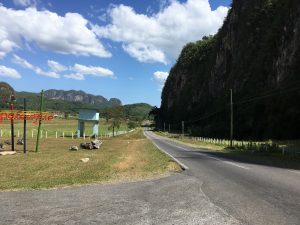 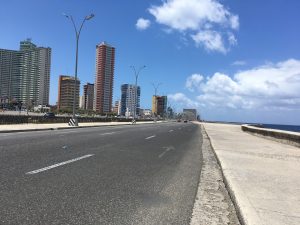 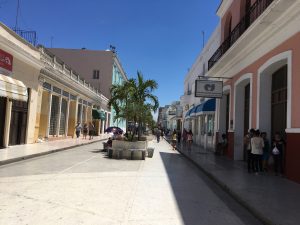 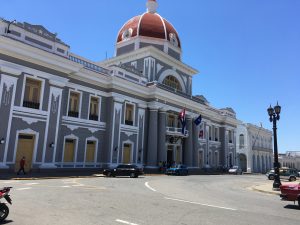 My original plan was to ride for about 10 days in total plus two days on either side to just chill. On arrival in Varadero airport I got picked up by the taxi to Matanzas where I assembled my bike and left the bicycle bag in the casa where I stayed at.

The roads were traffic free and wide and the terrain I rode was generally flat, no major hills or mountains, for most part of the route, except near Trinidad. The first day I covered 80 kms to Colon and then second day was 120 kms to Santa Clara from where I headed to the coastal town, Trinidad which was very popular among tourists for its colonial architecture. From here I rode to Cienfuegos along the coast. After about 20 kms the highway was covered with thousands of dead crabs. I had no idea why these pitiful creatures would crawl to the tarmac from the beach sand only to be get killed by the traffic. To ride over these dead crabs for several kilometres was sick. But I had no choice but to just pedal as fast as I could to get away from this crab-disaster zone. After four days of cycling, on arrival in Cienfuegos, I decided to cut short the cycling for it was unbearable to cycle at 30 plus degrees centigrade. From here, I took a bus to Havana where I dropped most of my stuff and left for another 3 days of riding towards Vinales. With no bag on my shoulders, but just the small bag on the seat post rack, the ride was more enjoyable and I took the route which was not frequented by tourists. These three days brought back some pleasant memories from my previous cycling trip and how much I missed it. Vinales was a region that was very popular among tourists because of the hills. It was much better than other parts of Cuba in terms of the vegetation, lot more trees and a bit hilly terrain.  However, I was not terribly impressed perhaps because I was comparing it to the Andes mountains.

In my infinite wisdom I had forgot to restock my puncture repair kit which was missing the puncture repair solution.  I was hoping to get a new one in Cuba. First lesson learnt was that it is hard to find things in Cuba, yes, even a decent bicycle puncture repair solution. Perhaps, the numerous horse drawn carts and bicycles in Cuba never gets punctured. The high street in towns and cities were not typical – the absence of marketing bill boards, sale, offers, discounts was conspicuous. A bottle of cold drink was often hard to find, either they did not have the right size or it was not cold. When available the cost was almost the same as in a corner shop in London. The trick was to rely on things that were local. Freshly squeezed sugar cane, mango or guava juice was just dirt cheap. Although, the quality of the water used to make them could be dubious. A thirsty cyclist may not give a damn about this but only later to run to a pharmacy to get some ciprofloxacin. Alas, that’s when he might discover that foreigners were not allowed to use the same pharmacy shops, or at least the same counters. They may need the same medicine but the administrators believe in extracting a high price from the tourists. I was offered ciprofloxacin for 15.5 USD. Fortunately, I knew a trick or two. I cycled away from the tourist town to a smaller village where, my skin colour and Spanish skills got me a whopping discount of 99%. I paid just 16 cents, (4 pesos in local currency). In tourists towns, foreigners were kept separate, almost. Foreigners were only allowed to use a designated bus company to get around which locals were not allowed to board. It was illegal to host foreigners which meant no couchsurfing or warmshowers. And worse, Cubans were required to obtain a special license even if they wished to host their best friends or families from overseas in their houses.

The hospitality industry was heavily restricted. Hotels were rare however there were plenty of ‘casas’ – bed and breakfast equivalent. The owners of these were required to get a special permit for which the government extracted a heavy price (in USD) from them in the name of license and the price for accommodation was 20-25 USD per night per person. Throughout the island, except in the capital where it was 35, the cost was standard. The cost of internet was the next shock. People don’t have internet access at homes, let alone mobile internet. Tourists, and even the locals, had to buy a special card in the designed offices in town centres at certain times. It was USD 1.50 per hour. The internet access was through wifi at designated parks and plazas. It was quite a sight to see all those internet obsessed people in one location – the plazas and the parks which would have been places for socialising! The lack of internet at homes meant booking accommodation in advance were almost impossible.  Often, it was done by word of mouth and phone calls. Whenever I arrived in a city/town I would see the sign for a ‘casa’ and even if they were full they  would always take me to their relative or friend who had a place to stay. Finding accommodation was not that hard but the standard price was quite annoying. Even in remote villages it costed the same and these casas were eager to make dinner and breakfast for an additional cost, charged in USD. Meanwhile, food at the high street was dirt cheap even though it was just very basic, meat and rice plus onions and tomatoes that constituted salad in the local dictionary.

Havana was a lot different to most of the island and even here there was not much traffic. It was a joy to ride the wide streets with little or no stress. However, the administrators central planning was conspicuous. The road next to the sea, malecon, had six lanes and fast moving cars but bicylces and motor cars were not allowed – pity it would have been such a nice ride. The administrators grand design is also notable by the dilapidated high tower blocks next to the sea. Elsewhere, this part of the city would be buzzing with lot more life. However, the sea breeze and the warmth made it a beautiful combination to walk along this promenade at night times.

Cuba was lot different to most places, perhaps one of the key attractions for most tourists and the traffic free roads were fantastic for some non-stop, traffic-lights free, road cycling. Che’s catchy phrase ‘hasta la victoria siempre’ is omnipresent along the highways although I was a bit unsure if the victory had arrived for the ordinary Cubans!